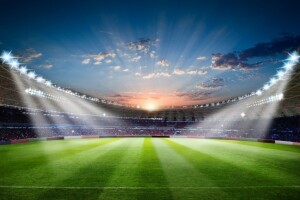 Mr. Mike Ray, 72, of Cornelia and a life-long resident of Habersham County, passed away peacefully on January 27, 2021, surrounded by his wife and children.

David Michael Ray was born September 11, 1948, at the Charm House in Clarkesville, Georgia.  He was the first-born child, and oldest son, of the late Earl and Aileen Pardue Ray.  Coach Mike was a man of God, a loving son, brother, husband, father, and grandfather, a dedicated teacher, a respected coach, a loyal friend, a true Southern gentleman and a die-hard Georgia Bulldogs fan.

Mike was a competitive athlete and a 1966 graduate of North Habersham High School, as well as a 1968 graduate of Young Harris College, where he was a member of the Mountain Lions men's basketball team.  He continued his education at the University of Georgia, where he completed his Bachelor's and Master's degrees in Physical Education.  His love of sports fueled his desire to become a coach and teacher.  Coach Ray impacted many generations of Habersham County youth by coaching several sports, including varsity boys basketball at Habersham Central and middle school girls and boys basketball at North Habersham Middle School, as well as many youth league teams.

Additionally, Mike and long-time friend Ricky Pruitt were co-owners of The Threads Shed, a men's clothing store, in Cornelia for over 20 years.

After retiring from teaching and coaching in Habersham County schools, Coach Mike and wife, Becky, became inseparable, attending basketball games and various sporting events, traveling extensively and hosting family beach trips.  Becky was the love of his life and his devotion to her was unmatched.

Affectionately known as "Pop Pop" by his nine grandchildren, Mike delighted in spending time with his family.  He enjoyed playing golf with his brother, sons, grandsons and friends, and he loved attending sporting events and other activities to support his children and grandchildren.

Mike was a member of Bethlehem Baptist Church for sixty years where he served as a deacon and in several other capacities within the church.  He also served in the Georgia National Guard for six years.

Coach Ray was preceded in death by his parents and his younger brother, Pat Ray.  Mike is survived by Becky, his wife of 47 years; his sons and daughters-in-law: Brooks and Katie Ray of Senoia; Vince and Shelley Ray of Kennesaw; and his daughter and son-in-law, Whitney and Leland Cox of Dahlonega; grandchildren: Kaleigh, Bowman, Lillie and Patton Ray; VJ and Landry Ray; and Preston, Parker and Hudson Cox; brother and sister-in-law Ken and Angie Ray of Jefferson; sister and brother-in-law Ann and Joey Arencibia of Hiawassee; sisters-in-law: Dawne Bryan (Randy); Judy Smith (Mike); and brother-in-law Wesley Taylor (Karen).  He is also survived by several aunts, cousins, nieces, nephews, and countless friends.

Coach Mike Ray exemplified the importance of faith, family and friends and is a shining example of a life well-lived and well-loved.

Memorial donations may be made in memory of Mike Ray to Bethlehem Baptist Church, 624 Hwy. 197 North, Clarkesville, Georgia 30523 or to a charity of one's choice.

An online guest registry is available at www.HillsideMemorialChapel.com

To send flowers to the family or plant a tree in memory of David Michael “Coach Mike” Ray, please visit our floral store.