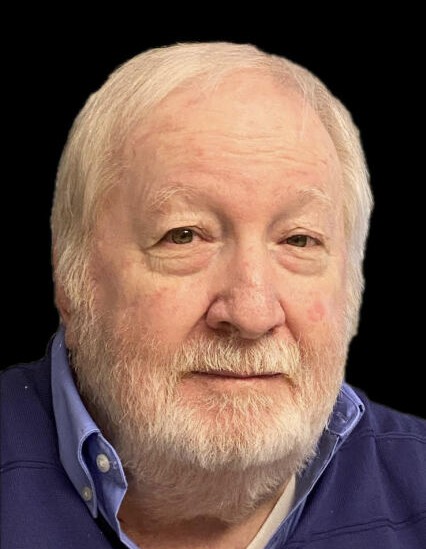 Joseph William Lineberger, 77, of Clarkesville, Georgia, passed away at Northeast Georgia Medical Center in Braselton on April 16, 2021 after an extended illness.

Joe was born December 6, 1943 in Valdosta, Georgia, to Joseph Perry and Marjorie Pinnell Lineberger and spent his formative years on the family farm in Twin Lakes, Georgia. Joe attended and graduated from the Lowndes County Schools before attending the University of Georgia.  He earned a BS in agricultural science and horticulture from the university in 1966.  Afterwards, he began teaching at Butts County High School in Jackson, Georgia, before returning to Lowndes County, where he would spend the bulk of his career teaching agriculture, horticulture, animal husbandry, and crop science. Upon retirement, he could boast of 32-years of service teaching countless students in the classroom and through his association with the FFA.

Joe was an avid genealogist and got the bug for family history early by listening to his grandmother Annie Martin Lineberger.  He spent uncounted hours in libraries, churches, and archives documenting his family; the lion’s share of his work was before the advent of computers or the internet.  His knowledge of the subject matter was so extensive that he authored a book in 1985 entitled Leimberger: A Genealogy and History of Some of the Descendants of Christian Leimberger: A Lutheran Salzburger Expatriate.

In addition to genealogy, Joe loved model railroading, ham radio, computer games, good barbeque, and home cooking.  Despite his busy schedule he somehow found time to earn a Master's Degree from Valdosta State University and a Specialist’s degree from UGA.  He also taught Sunday School for over 30 years at both Corinth Baptist Church in Twin Lakes and Bethlehem Baptist Church in Clarkesville.

In lieu of flowers, the family requests that donations be made to The Gideons International, c/o Habersham North Camp, P.O. Box 1855, Clarkesville, Georgia 30523 or the Hospice of Northeast Georgia Medical Center, 2150 Limestone Parkway, Suite 222, Gainesville, Georgia 30501.

An online guest registry is available for the Lineberger family at HillsideMemorialChapel.com.

A service summary is not available

Plant a tree in memory of Joseph William Lineberger

Joe Lineberger was a great friend. We were classmates beginning at Lowndes County high school in 1959. We were roommates at ABAC and UGA and he was in our wedding. I’ll never forget Joe, his jovial personality and love for agriculture.!

Dear, dear Carolyn... So saddened by the news of Joe's passing. What a great addition he was to the process of learning at Lowndes and in other location where he was working his skills to impart information. I'll never forget one (of the many) nights we had a roof leak in the wonderful old Lecture Room cum Theatre. We were performing a costume drama about Henry VIII and his Six Wives and the wardrobe was partly On loan and the rest were stitched by parents. I was so excited because the cast of 7 had done a magnificent job and my family was going to be in town from Rhode Island!!
The afternoon of opening night, my box office crew discovered three formidable leaks splashing on two whole rows of our already limited amount of seats
And some areas backstage. Trying pots and pottery from the prop room only increased pings and plunks drowning out dialogue...literally. Then I remembered Joe and knew that he didn't leave right after school. I sent about five or six kids tearing down to the AG Department Next thing I know, Joe had kids tearing back down the halls with arm loads, containers full of the most Lucious and beautiful Ferns that ever sat on a Theatre seat.!!! The crew for the show started loading the seats with the beautiful foliage and all that was heard was a gentle plip! plop!! Lots of yelling and thankful shouts to Mr Lineberger.
Joe was not only nice and helpful, both of you were always there to do cocuriccular and just plain ol' Kind favors. He would have the students make Bouquets and Center pieces for school functions
and Off Broadway was always blessed with his and his students generous contributions to our Off Broadway events. He provided the flowers and such for the annual Off Broadwsy Senior Tea at The Crescent honoring the graduating Performers and Technicians, the faculty and administration, AND THEIR parents. Miss Carolyn, with patience of an angel, you let my Junior Company prepare the trays and delicate treats down in your area with you and your students assisting mine. I know that this is a long memory, and there is so much more!
Team Lineberger meant so much to other people's lives. It is mine and Bill's prayers that you and Joe know how much he will always be appreciated and that your efforts on behalf of education and cooperation will never be forgotten. May you and Joe's other loved ones find the peace and comfort needed now. As God Welcomes the husband, father, kin to many .... to his new life, May all of you feel the sweep of Heavenly Calm brush gently over your Souls. Forever love and blessings, Gale Thomas Eger and Bill Eger 🙏🦋🙏

Carolyn and family, I was so sorry to learn of Joe's passing.; it seems as though you were married only a short time ago. (I attended your wedding.) I have such wonderful memories of your Dad and Mom and growing up next door to y'all. Those memories grow more precious as the years pass. I pray the Lord to comfort and strengthen you.

Sorry for your loss, Mr. Lineberger was one of my Ag teachers at LHS.  I have great memories of learning about floral design in his class. I am still using the principles he taught me as I am now an Ag teacher and teach my students some of the same techniques I learned from him.
Prayers for you all, Sara Webb Hughes.

To Carolyn and her family members:   Matt and I are praying for you, and will continue in the days to follow.   Memories live forever in our hearts.  Love, hugs, and prayers.  Trudy Wade and Matt  Wade.

Plant a tree in memory of Joseph William Lineberger